STG Scholarship Applications are now closed, please click on the link below to learn more about Scholarship Opportunities.

For more information about Ms. Griffin click 2021 STG Books Up Guns Down Scholarships 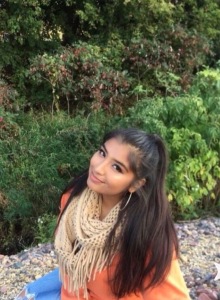 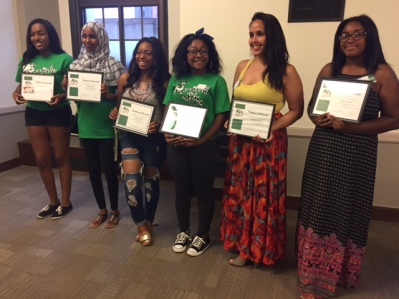 Growing up low-income in Saint Paul proved to be a difficult challenge; my family heavily relied on food stamps, my father works from 8am until very late in the evening where he earns very little, and my mother worked as a janitor at several places where she also didn’t earn much. Unfortunately, my family’s income is not enough to cover my college costs, so I decided to apply to the Surviving The Game scholarship to help me continue onto college and ease my parent’s financial stress. I also applied to the Surviving The Game scholarship because my leadership abilities extend from helping English-learning adults read books at a local library, to mentoring young kids in making better choices. As a prospective physics and chemistry double major, books will be a critical part of my learning, and the STG scholarship will help me fulfill the need. I will be studying at Trinity College in Hartford, CT , and later hope to earn an MD in neuroscience or chemical engineering after my undergraduate studies. My ultimate life goal is to brighten the future for many students who are unaware of their capabilities by shining a spotlight on their talents. One day, I also would love to start my own scholarship philanthropy program similar to Surviving The Game. 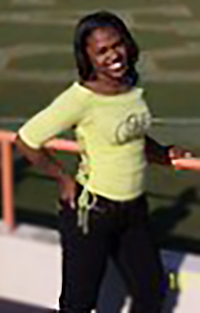 Shamara Ann Butler is a native of St. Paul, MN and a recent graduate from St. Paul Central High School-Class of 2012. As a very active and involved person, she has been committed to leading and serving in her school, church and community. Throughout high school she participated and lettered in varsity cheerleading as the captain, danced on two teams, performed in an Off Broadway play, “The Gospel at Colonus” and three high school plays including Central Touring Theater’s “Wake Up!”!”, which she and her classmates wrote themselves and performed to over 10,000 people. Shamara mentored and tutored youth at recreation centers and homeless shelters. She also served as president and a director of the youth choir at church. In addition, Shamara maintained her academic progress as she earned 24 Post Secondary Educational Options (PSEO) credits to go towards her educational journey. In 2010, Shamara was blessed to have been awarded the Youth Leadership Award for her dedication and leadership in the community. She believes that it is important to lead by example and that the best leaders serve.

Charles McGregor is a sophomore attending the University of Minnesota -Duluth majoring in Computer Science. Charles has received several awards and scholarships as he graduated with honors from Harding High School. In addition to receiving the 2012 Book Scholarship; Charles is the recipient of the Alliss, Duluth Iron Range, Multicultural Equity and Multicultural Excellence Program scholarships. Charles is an accomplished musician and has received the Eau Claire Jazz Festival Outstanding Soloist award, Harding High Schools 2012 Instrumental Music most achieved and recently received a Emmy nomination for the 2012 Upper Midwest Regional Student Television Awards for Excellence

Cyreta recently graduated in 2013 with her bachelors of science degree from the U of M majoring in Human Development & Education. In 2009, Ms. Howard was crowned Ms. Pan-African at the 33rd Annual Pan-African Student Leadership Conference in Mankato, MN. Ms. Howard served as the President of the MCTC Chapter of the Association of Black Collegiate 2009-2010 academic school year. Cyreta is very connected in the community, she facilitates several youth leadership groups. She has been a member of the STG Team for the past five years.